Approximately equal behavior of some (trigonometric) functions for x → 0

where θ is the angle in radians.

The small angle approximation is useful in many areas of physics, including mechanics, electromagnetics, optics (where it forms the basis of the paraxial approximation), cartography, astronomy, and so on.

The accuracy of the approximations can be seen below in Figure 1 and Figure 2. As the angle approaches zero, it is clear that the gap between the approximation and the original function quickly vanishes.

The red section on the right, d, is the difference between the lengths of the hypotenuse, H, and the adjacent side, A. As is shown, H and A are almost the same length, meaning cos θ is close to 1 and

helps trim the red away.

The opposite leg, O, is approximately equal to the length of the blue arc, s. Gathering facts from geometry, s = A*θ, from trigonometry, sin θ = O/H and tan θ = O/A, and from the picture,

where θ is the angle in radians. In clearer terms,

By extension, since the cosine of a small angle is very, very nearly one, and the tangent is given by the sine divided by the cosine,

Error of the approximations 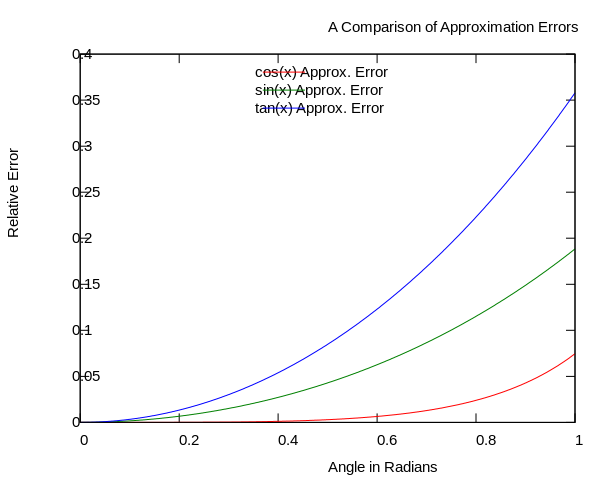 Figure 3. A graph of the relative errors for the small angle approximations.

In astronomy, the angle subtended by the image of a distant object is often only a few arcseconds, so it is well suited to the small angle approximation. The linear size (D) is related to the angular size (X) and the distance from the observer (d) by the simple formula

where X is measured in arcseconds.

The exact formula is

and the above approximation follows when tan(X) is replaced by X.

Motion of a pendulum

The second-order cosine approximation is especially useful in calculating the potential energy of a pendulum, which can then be applied with a Lagrangian to find the indirect (energy) equation of motion.

The small-angle approximation also appears in structural mechanics, especially in stability and bifurcation analyses (mainly of axially-loaded columns ready to undergo buckling). This leads to significant simplifications, though at a cost in accuracy and insight into the true behaviour.

The 1 in 60 rule used in air navigation has its basis in the small-angle approximation, plus the fact that one radian is approximately 60 degrees.