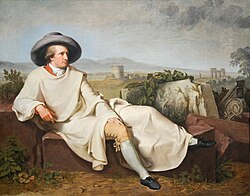 An artist is a person engaged in one or more of any of a broad spectrum of activities related to creating art, practicing the arts, and/or demonstrating an art. The common usage in both everyday speech and academic discourse is a practitioner in the visual arts only. The term is often used in the entertainment business, especially in a business context, for musicians and other performers (less often for actors). "Artiste" (the French for artist) is a variant used in English only in this context. Use of the term to describe writers, for example, is certainly valid, but less common, and mostly restricted to contexts like criticism.

The Oxford English Dictionary defines the older broad meanings of the term "artist":

A definition of Artist from Princeton.edu: creative person (a person whose creative work shows sensitivity and imagination).

History of the term

Although the Greek word "techně" is often mistranslated as "art," it actually implies mastery of any sort of craft. The adjectival Latin form of the word, "technicus",[1] became the source of the English words technique, technology, technical.

In Greek culture each of the nine Muses oversaw a different field of human creation:

No muse was identified with the visual arts of painting and sculpture. In ancient Greece sculptors and painters were held in low regard, somewhere between freemen and slaves, their work regarded as mere manual labour.[2]

The word art derives from the Latin "ars" (stem art-), which, although literally defined, means "skill method" or "technique", and conveys a connotation of beauty.

During the Middle Ages the word artist already existed in some countries such as Italy, but the meaning was something resembling craftsman, while the word artesan was still unknown. An artist was someone able to do a work better than others, so the skilled excellency was underlined, rather than the activity field. In this period some "artisanal" products (such as textiles) were much more precious and expensive than paintings or sculptures.

The first division into major and minor arts dates back at least to the works of Leon Battista Alberti (1404-1472): De re aedificatoria, De statua, De pictura, which focused on the importance of the intellectual skills of the artist rather than the manual skills (even if in other forms of art there was a project behind).[3]

With the Academies in Europe (second half of 16th century) the gap between fine and applied arts was definitely set.

Many contemporary definitions of "artist" and "art" are highly contingent on culture, resisting aesthetic prescription, in much the same way that the features constituting beauty and the beautiful cannot be standardized easily without corruption into kitsch.

The present day concept of an 'artist'

Artist is a descriptive term applied to a person who engages in an activity deemed to be an art. An artist also may be defined unofficially as "a person who expresses him- or herself through a medium". The word is also used in a qualitative sense of, a person creative in, innovative in, or adept at, an artistic practice.

Most often, the term describes those who create within a context of the fine arts or 'high culture', activities such as drawing, painting, sculpture, acting, dancing, writing, filmmaking, new media, photography, and music—people who use imagination, talent, or skill to create works that may be judged to have an aesthetic value. Art historians and critics define artists as those who produce art within a recognized or recognizable discipline. Contrasting terms for highly skilled workers in media in the applied arts or decorative arts include artisan, craftsman, and specialized terms such as potter, goldsmith or glassblower. Fine arts artists such as painters succeeded in the Renaissance in raising their status, formerly similar to these workers, to a decisively higher level, but in the 20th century the distinction became rather less relevant {{ safesubst:#invoke:Unsubst||date=__DATE__ |$B= {{#invoke:Category handler|main}}{{#invoke:Category handler|main}}[citation needed] }}.

The term may also be used loosely or metaphorically to denote highly skilled people in any non-"art" activities, as well— law, medicine, mechanics, or mathematics, for example.

Often, discussions on the subject focus on the differences among "artist" and "technician", "entertainer" and "artisan", "fine art" and "applied art", or what constitutes art and what does not. The French word artiste (which in French, simply means "artist") has been imported into the English language where it means a performer (frequently in Music Hall or Vaudeville). Use of the word "artiste" can also be a pejorative term.[4]

After looking at years of data on arts school graduates as well as policies & program outcomes regarding artists, arts, & culture, Elizabeth Lingo and Steven Tepper propose the divide between "arts for art's sake" artists and commercially successful artists is not as wide as may be perceived, and that "this bifurcation between the commercial and the noncommercial, the excellent and the base, the elite and the popular, is increasingly breaking down (Eikhof & Haunschild, 2007). Lingo and Tepper point out:[5]

Examples of art and artists