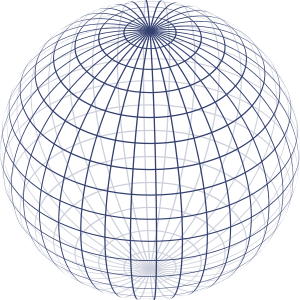 In Euclidean space, A ball is the inside of a sphere

In mathematics, a ball is the space inside a sphere. It may be a closed ball (including the boundary points of the sphere) or an open ball (excluding them).

These concepts are defined not only in three-dimensional Euclidean space but also for lower and higher dimensions, and for metric spaces in general. A ball in Template:Var dimensions is called an [[n-ball|Template:Var-ball]] and is bounded by an [[N-sphere|(Template:Var-1)-sphere]]. Thus, for example, a ball in the Euclidean plane is the same thing as a disk, the area bounded by a circle. In Euclidean 3-space, a ball is taken to be the volume bounded by a 2-dimensional spherical shell boundary.

In other contexts, such as in Euclidean geometry and informal use, sphere is sometimes used to mean ball.

. While it is always the case that

, it is Template:Em always the case that

. For example, in a metric space Template:Var with the discrete metric, one has

A (open or closed) unit ball is a ball of radius 1.

A subset of a metric space is bounded if it is contained in some ball. A set is totally bounded if, given any positive radius, it is covered by finitely many balls of that radius.

The open balls of a metric space are a basis for a topological space, whose open sets are all possible unions of open balls. This space is called the topology induced by the metric Template:Var.

The Euclidean balls discussed earlier are an example of balls in a normed vector space.