The Fourier series is named in honour of Jean-Baptiste Joseph Fourier (1768–1830), who made important contributions to the study of trigonometric series, after preliminary investigations by Leonhard Euler, Jean le Rond d'Alembert, and Daniel Bernoulli.[nb 1] Fourier introduced the series for the purpose of solving the heat equation in a metal plate, publishing his initial results in his 1807 Mémoire sur la propagation de la chaleur dans les corps solides (Treatise on the propagation of heat in solid bodies), and publishing his Théorie analytique de la chaleur (Analytical theory of heat) in 1822. Early ideas of decomposing a periodic function into the sum of simple oscillating functions date back to the 3rd century BC, when ancient astronomers proposed an empiric model of planetary motions, based on deferents and epicycles.

The heat equation is a partial differential equation. Prior to Fourier's work, no solution to the heat equation was known in the general case, although particular solutions were known if the heat source behaved in a simple way, in particular, if the heat source was a sine or cosine wave. These simple solutions are now sometimes called eigensolutions. Fourier's idea was to model a complicated heat source as a superposition (or linear combination) of simple sine and cosine waves, and to write the solution as a superposition of the corresponding eigensolutions. This superposition or linear combination is called the Fourier series.

From a modern point of view, Fourier's results are somewhat informal, due to the lack of a precise notion of function and integral in the early nineteenth century. Later, Peter Gustav Lejeune Dirichlet[1] and Bernhard Riemann[2][3][4] expressed Fourier's results with greater precision and formality.

Although the original motivation was to solve the heat equation, it later became obvious that the same techniques could be applied to a wide array of mathematical and physical problems, and especially those involving linear differential equations with constant coefficients, for which the eigensolutions are sinusoids. The Fourier series has many such applications in electrical engineering, vibration analysis, acoustics, optics, signal processing, image processing, quantum mechanics, econometrics,[5] thin-walled shell theory,[6] etc.

In this section, s(x) denotes a function of the real variable x, and s is integrable on an interval [x0, x0 + P], for real numbers x0 and P. We will attempt to represent  s  in that interval as an infinite sum, or series, of harmonically related sinusoidal functions. Outside the interval, the series is periodic with period P (frequency 1/P). It follows that if s also has that property, the approximation is valid on the entire real line. We can begin with a finite summation (or partial sum):

is a periodic function with period P.  Using the identities:

Function s(x) (in red) is a sum of six sine functions of different amplitudes and harmonically related frequencies. Their summation is called a Fourier series. The Fourier transform, S(f) (in blue), which depicts amplitude vs frequency, reveals the 6 frequencies and their amplitudes.

we can also write the function in these equivalent forms:

and the approximation improves as N → ∞. The infinite sum,

is called the Fourier series representation of

In engineering applications, the Fourier series is generally presumed to converge everywhere except at discontinuities, since the functions encountered in engineering are more well behaved than the ones that mathematicians can provide as counter-examples to this presumption. In particular, the Fourier series converges absolutely and uniformly to s(x) whenever the derivative of s(x) (which may not exist everywhere) is square integrable.[8]  If a function is square-integrable on the interval [x0, x0+P], then the Fourier series converges to the function at almost every point. See Convergence of Fourier series. It is possible to define Fourier coefficients for more general functions or distributions, in such cases convergence in norm or weak convergence is usually of interest.

Plot of a periodic identity function, a sawtooth wave

We now use the formula above to give a Fourier series expansion of a very simple function. Consider a sawtooth wave

In this case, the Fourier coefficients are given by 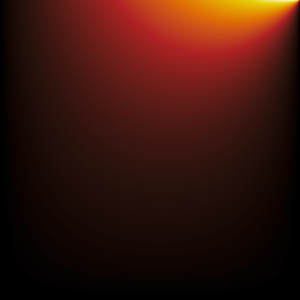 This example leads us to a solution to the Basel problem

The Fourier series expansion of our function in example 1 looks much less simple than the formula s(x) = x/π, and so it is not immediately apparent why one would need this Fourier series. While there are many applications, we cite Fourier's motivation of solving the heat equation. For example, consider a metal plate in the shape of a square whose side measures π meters, with coordinates (x, y) ∈ [0, π] × [0, π]. If there is no heat source within the plate, and if three of the four sides are held at 0 degrees Celsius, while the fourth side, given by y = π, is maintained at the temperature gradient T(x, π) = x degrees Celsius, for x in (0, π), then one can show that the stationary heat distribution (or the heat distribution after a long period of time has elapsed) is given by

Here, sinh is the hyperbolic sine function. This solution of the heat equation is obtained by multiplying each term of  Template:EquationNote by sinh(ny)/sinh(nπ). While our example function s(x) seems to have a needlessly complicated Fourier series, the heat distribution T(x, y) is nontrivial. The function T cannot be written as a closed-form expression. This method of solving the heat problem was made possible by Fourier's work.

Another application of this Fourier series is to solve the Basel problem by using Parseval's theorem. The example generalizes and one may compute ζ(2n), for any positive integer n.

The notation cn is inadequate for discussing the Fourier coefficients of several different functions. Therefore it is customarily replaced by a modified form of the function (s, in this case), such as

In engineering, particularly when the variable x represents time, the coefficient sequence is called a frequency domain representation. Square brackets are often used to emphasize that the domain of this function is a discrete set of frequencies.

where f represents a continuous frequency domain. When variable x has units of seconds, f has units of hertz. The "teeth" of the comb are spaced at multiples (i.e. harmonics) of 1/P, which is called the fundamental frequency.

can be recovered from this representation by an inverse Fourier transform:

The constructed function S(f) is therefore commonly referred to as a Fourier transform, even though the Fourier integral of a periodic function is not convergent at the harmonic frequencies.[nb 2]

can be carried out term-by-term. But all terms involving

for j ≠ k vanish when integrated from −1 to 1, leaving only the kth term.

In these few lines, which are close to the modern formalism used in Fourier series, Fourier revolutionized both mathematics and physics. Although similar trigonometric series were previously used by Euler, d'Alembert, Daniel Bernoulli and Gauss, Fourier believed that such trigonometric series could represent any arbitrary function. In what sense that is actually true is a somewhat subtle issue and the attempts over many years to clarify this idea have led to important discoveries in the theories of convergence, function spaces, and harmonic analysis.

When Fourier submitted a later competition essay in 1811, the committee (which included Lagrange, Laplace, Malus and Legendre, among others) concluded: ...the manner in which the author arrives at these equations is not exempt of difficulties and...his analysis to integrate them still leaves something to be desired on the score of generality and even rigour.{{ safesubst:#invoke:Unsubst||date=__DATE__ |$B= {{#invoke:Category handler|main}}{{#invoke:Category handler|main}}[citation needed] }}

Since Fourier's time, many different approaches to defining and understanding the concept of Fourier series have been discovered, all of which are consistent with one another, but each of which emphasizes different aspects of the topic. Some of the more powerful and elegant approaches are based on mathematical ideas and tools that were not available at the time Fourier completed his original work. Fourier originally defined the Fourier series for real-valued functions of real arguments, and using the sine and cosine functions as the basis set for the decomposition.

Many other Fourier-related transforms have since been defined, extending the initial idea to other applications. This general area of inquiry is now sometimes called harmonic analysis. A Fourier series, however, can be used only for periodic functions, or for functions on a bounded (compact) interval.

Fourier series on a square

Aside from being useful for solving partial differential equations such as the heat equation, one notable application of Fourier series on the square is in image compression. In particular, the jpeg image compression standard uses the two-dimensional discrete cosine transform, which is a Fourier transform using the cosine basis functions.

The Bravais lattice is defined as the set of vectors of the form:

where ni are integers and ai are three linearly independent vectors. Assuming we have some function, f(r), such that it obeys the following condition for any Bravais lattice vector R: f(r) = f(r + R), we could make a Fourier series of it. This kind of function can be, for example, the effective potential that one electron "feels" inside a periodic crystal. It is useful to make a Fourier series of the potential then when applying Bloch's theorem. First, we may write any arbitrary vector r in the coordinate-system of the lattice:

Thus we can define a new function,

, is now a function of three-variables, each of which has periodicity a1, a2, a3 respectively:

And then we can write:

We can write g once again as:

Finally applying the same for the third coordinate, we define:

We write g as:

Now, every reciprocal lattice vector can be written as

, where li are integers and gi are the reciprocal lattice vectors, we can use the fact that

to calculate that for any arbitrary reciprocal lattice vector K and arbitrary vector in space r, their scalar product is:

And so it is clear that in our expansion, the sum is actually over reciprocal lattice vectors:

which after some calculation and applying some non-trivial cross-product identities can be shown to be equal to:

(it may be advantageous for the sake of simplifying calculations, to work in such a cartesian coordinate system, in which it just so happens that a1 is parallel to the x axis, a2 lies in the x-y plane, and a3 has components of all three axes). The denominator is exactly the volume of the primitive unit cell which is enclosed by the three primitive-vectors a1, a2 and a3. In particular, we now know that

We can write now h(K) as an integral with the traditional coordinate system over the volume of the primitive cell, instead of with the x1, x2 and x3 variables:

And C is the primitive unit cell, thus,

is the volume of the primitive unit cell.

{{#invoke:main|main}} In the language of Hilbert spaces, the set of functions {

; n ∈ Z} is an orthonormal basis for the space L2([−π, π]) of square-integrable functions of [−π, π]. This space is actually a Hilbert space with an inner product given for any two elements f and g by

Sines and cosines form an orthonormal set, as illustrated above. The integral of sine, cosine and their product is zero (green and red areas are equal, and cancel out) when m, n or the functions are different, and pi only if m and n are equal, and the function used is the same.

This corresponds exactly to the complex exponential formulation given above. The version with sines and cosines is also justified with the Hilbert space interpretation. Indeed, the sines and cosines form an orthogonal set:

(where δmn is the Kronecker delta), and

furthermore, the sines and cosines are orthogonal to the constant function 1. An orthonormal basis for L2([−π, π]) consisting of real functions is formed by the functions 1/Template:Sqrt 1 and 1/Template:Sqrt cos(nx),  1/Template:Sqrt sin(nx) with n = 1, 2,...  The density of their span is a consequence of the Stone–Weierstrass theorem, but follows also from the properties of classical kernels like the Fejér kernel.

We say that f belongs to

if f is a 2π-periodic function on R which is k times differentiable, and its kth derivative is continuous.