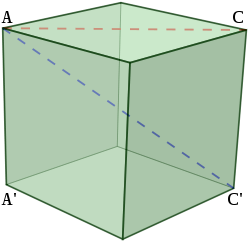 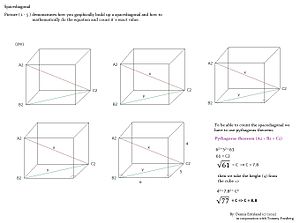 For the cube to be considered magic, these four lines must sum correctly.

The space diagonal of a cube with side length

The magic hypercube community has started to recognize an abbreviated expression for these space diagonals. By using r as a variable to describe the various agonals, a concise notation is possible.

Because the prefix pan indicates all, we can concisely state the characteristics or a magic hypercube.